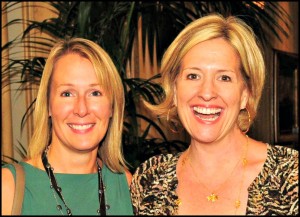 Brené Brown is one of my heroes. She wrote the best-selling book, Daring Greatly, and inspires me to fear less and risk more. If you could use a shot of inspiration, check out this article on how Brené deals with the ultimate F word — fear.

Brené Brown was an academic who never expected to live a very public life. But her TED talk, The Power Of Vulnerability, changed everything. The topic resonated, and she became a viral star overnight. Today her talk has over 20 million views. Although the University of Houston researcher spoke on how important it is to be vulnerable in work and in life — because it gives you courage and demands that other people be authentic too — Brown herself had a tough time dealing with all the publicity and occasional backlash.

Brown shared that although she received “marching orders from my therapist and husband to not read the comments” once her TED talk went online, she did anyway. Despite all of the praise she had received, Brown wasn’t immune to the sharp words from critics. Some of the comments were attacking her presentation style or appearance, others the substance of her talk. Brown says she began to shake off the criticism after recalling a Theodore Roosevelt quote :

“It is not the critic who counts; not the man who points out how the strong man stumbles, or where the doer of deeds could have done them better. The credit belongs to the man who is actually in the arena, whose face is marred by dust and sweat and blood; who strives valiantly…and who at the worst, if he fails, at least fails while daring greatly…”

Successful people take risks. It’s the only way to achieve anything of real value. But “if you’re going to show up and be seen, there’s only one thing,” Brown said. “You’ll get your ass kicked.”

If you’re going to put yourself “in the arena,” you’ve got to decide what your values really are. “If courage is a value we hold, this is a consequence,” says Brown. When you walk into the arena, you’ve got to expect a few things — fear, self doubt, comparison, anxiety and uncertainty.

Instead of shying away from the critics, she says, expect that they’ll be there, in the front row seats. Then acknowledge them, know exactly what they’re going to say, and ignore them. “Say, I see you, I hear you, but I’ll do this anyway,” Brown says. “It feels dangerous to show up. But it’s not as terrifying as thinking, at the end of our lives, ‘What if I had shown up? What would have been different?'”

If you’re ready for things to be different, read on… 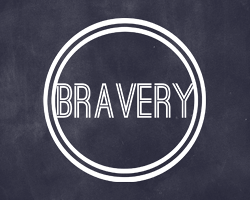 BRAVERY 101: Lessons in Daring Greatly
Here’s a chance to boost your bravery! Join me for a free teleclass on Tuesday, June 30th at 4:00p Pacific Time. I’ll be sharing lessons from Brené Brown’s best-selling book, Daring Greatly: How the Courage to Be Vulnerable Transforms the Way We Live, Love, Parent, and Lead.
There’s no hook, no sales pitch. I just know that COURAGE IS CONTAGIOUS and I want you to catch it!
Register here…I double dare you.
The call will be recorded for those who can’t attend.

DAMN THIRSTY ADVENTURE CAMP
October 8-11, 2015
Cayucos, California
Are you thirsty for adventure? Do you need a splash of freedom + a shot of inspiration?
Well — grab that suitcase, throw on your shades and head to Damn Thirsty Adventure Camp on the beautiful Central Coast of California!
Camp kicks off with an all-day equus coaching workshop led by Koelle Simpson at the magical North Star Ranch. Then we pile on some bold coaching, hiking and beach yoga. We add a healthy dose of wine, dolphins and irreverent laughter — to bring you an intimate + AMPED-UP CAMP! Check out the camp program here.

Wishing you a summer bursting with adventure —
Wendy

This entry was posted in Adventure, Daring Greatly. Bookmark the permalink. 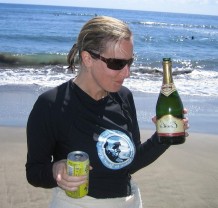